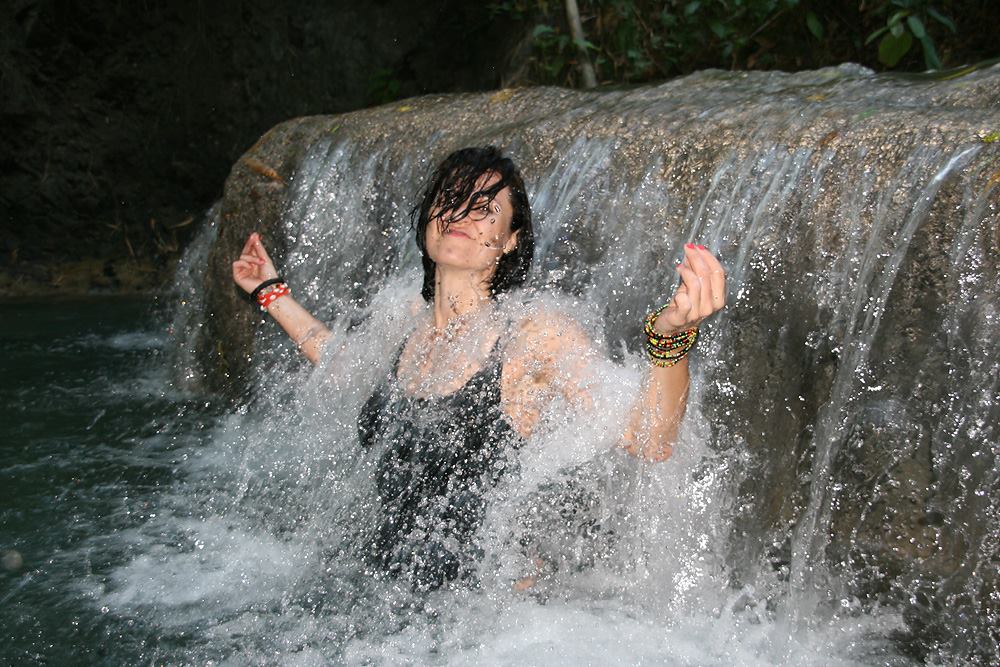 My name is Marta, I was born in Serbia and was Hungarian by birth, also lived in Croatia for few years. I am 50 years old. My diagnosis, MSA-C, I got in December 2018, my first symptoms I felt about 2016. I had never heard about this disease before – but neither did my general practitioner, and it took months for him to understand that it was not Parkinson’s disease.

I’m probably not what you’d expect from a 50-year-old woman, I don’t have a husband and children, I wanted to be like this. I hear electric and gloomy, not girlish music. I like bloody movies, I have a preference for weird and bizarre things. I like it directly in life, not truths wrapped in cotton wool. I live alone. Still.

I am a graphic designer and have worked for established online shops, managed a graphics department, managed photo shoots and until recently worked as an e-commerce manager.

My life was fast, I was known as a strong and self-confident woman who has few, but good friends. I had had two long relationships and a very long and intense on-off relationship whose importance I wasn’t able to see at the time, and afterwards I didn’t really let anyone get close to me. Today I have a good relationship with most of my ex-boyfriends. I was a lot alone  in my life,  but never lonely,I wanted to be like this, what I still like to be. I like my own company…

Such a diagnosis naturally turns a whole life upside down. In one second  was nothing like it used to be. I have never heard of MSA before and have never dealt with pensions, disabled ID cards or care levels. I was still working when I got my diagnosis, I felt there was something wrong with me, but I was able to smuggle myself through life with some tricks. I was paralyzed and in shock for 2-3 months afterwards. The diagnosis literally gave my life a leg.

I have taken many holidays and trips in my life, I was a kitesurfer, but I sold my surf equipment in the summer of 2018 – at first I thought that was the age that caused me difficulties. I have travelled a lot around the world, Africa, South America, the Caribbean, almost all countries in Europe and I am incredibly grateful for that, which expands my horizons and gives me unique experiences. I think I have had a good and rich life. I had to work hard for everything, but I enjoyed it consciously and with pleasure. Now I have another life, but I am still grateful to live in Munich and not somewhere in a developing country.

I first went to a neurologist in 2017 because I couldn’t walk on my high heels anymore. That may sound superficial and not important, but it was very important to me. I had saved LouBoutins for expensive money, I was known for my high shoes and 18 cm didn’t scare me. I could not imagine my life without these heels and only the thought I lost that makes me cry today.

I worked a lot, worked a lot of overtime and also had an annoying termination to deal with (I wanted something less stressful) – of course the first thought was: it’s something psychologic. Unfortunately, my symtoms got worse instead of better and the psychologist who treated me said  I’m not depressed, we had a great time together and I took psycho drugs for nothing, for months. Then my neurologist sent me to the hospital for an examination, where a series of examinations were done and the doctors there found it. I made acquaintance with “hot bun cross sign”.

Since then I try to understand this disease, I study it and try to live with it. My symptoms are not yet very severe, but limit me enough, I am at the beginning of this disease. However, many of the symptoms can no longer be overlooked and I cannot take part in life as I did before, simple activities, such as shopping became an issue. Yes, many things have been taken away from me by this disease and it still makes me angry today.

I’m still trying to get along on my own. I need three times as long for everything and I am now aging in dog years, but I fight to stay autonomous as long as I can.

BACK TO THE POSTS