The other day my sister said to me, when I denounced a wrinkle in the pad: “Jesus Christ, until one has you once in bed”.
Only to the correct assessment, we speak sometimes , something läppsch with each other, which makes many things easier.

Hardly pronounced, they all ran in front of my mind’s eye up and down, the ladies and gentlemen who needed a little longer until everything was as it should be.
I never wanted to become like that – bad luck.
I could understand them, said ladies and gentlemen, so about, the only thing I can still control and so. But well. It was a bit embarrassing
Depending on the day, I need when going to bed, sometimes more or sometimes less help
. But it is definitely always an adventure. There is something to climb, something to roll, something to slide, something to hold and something to push. If it goes well, it takes 10 min, sometimes 20/25 min.

Even if that reads easy and fluffy, I imagined it rather differently. And I think my sister too. Wrong thought.
I do not make nonsense. I am not demented.
No, I am not demented and I also want to have control over myself and my life for as long as possible. And there’s the rub.
After all, you don’t want to do more work than necessary.
I know I have often forgotten my illnesses, been careless
I’ve been careless, I’ve worked until I really couldn’t, I’ve lived alone until the falls ended with a visit to the emergency room.

In my imagination, about the course of MSA, I skipped this time of transition, this time where the people around me were mainly
in a stooped position. Sometimes without but mostly with rags.
This transitional period where one becomes more and more dependent on one’s environment due to increasing lack of independence.
At the beginning I could still help. I did the menial work in the kitchen, that’s what we call peeling potatoes and vegetables, I plucked weeds, and I was able to go shopping alone,
which was not always nice, because your fellow men see only what they want to see. And that is a staggering woman in her late forties who is much too slow at the checkout.

Meanwhile, my sister has to replace my feet, so to speak, because I can’t walk so well anymore….
She brings my pills, drinks, meals, and even my craft supplies I can no longer fetch on my own. It took me a while to internalize that and it doesn’t make it easy. I also get the crisis when people call her my private nurse. She is my sister! And MSA is not exactly pleasure tax.
On top of that, I probably won’t be able to climb stairs that long.
That is nevertheless everything k…since also the thing with the stair climbing assistance (scalacombi) does not function for structural reasons, likewise no Lifta fits into the stairwell.
I feel like Rapunzel only without a Prince 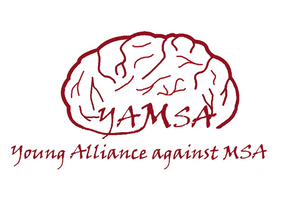